Today I attended THE NEW YORK TIMES Travel Show in New York at the Javitz Center. I begin the year continuing to be enlightened in all those areas that are relevant to the Selby Signature.  Traveling, of course, is a foremost interest, next to cooking that is, and today I was able to experience a bit of both.  Trends in travel, cruising and resorts are exciting, as we discover new locations, opportunities, culture, food and music.  While it happens to be my goal to travel the world; this trade show inspires me in that endeavor.

Made some great connections and met some amazing chefs and authors.

Where can you find exquisite gourmet originals, the world's best cheeses, the finest wine and specialty food originating from seven continents under one roof?  You guessed it.  It's that time of year again when the Summer Fancy Food Show comes to New York City.

It  is the largest specialty food trade event in North America and the premiere showcase for industry innovation.  Beginning June 30 - July 2, 2018, at the Javitz Convention Center you can expect to see host of events, exhibitions, demonstrations, receptions, educational programs, parties and last but not least--delectable samplings. I'll be there for the fifth year filming another episode of the Selby Signature Food Show.  Hope to see you!

At the 'Snack Attack" Exhibit in New York at the Marriot Marquis.  Lots of healthy new snacks out there that I'll be sampling.

Looking forward to The Summer Fancy Food Show at the Javitz Center in New York on June 29 - 30.  Should you be there and see me, be sure and introduce yourself.  I'd love to meet you!

The book release celebration was a success!!   Family, friends, co-workers, viewers and strangers attended and what a good time it was.  It was as quick as an eyeblink as people rolled in, purchased books, extended congratulations and the best part of it all was that we sold out of books!

On my way to a mini-celebration of my own.  I still can't believe I did it.  It's out there and I'm hoping that it's well received and looking forward to the road tour.  If you get an chance, pick up a copy and let me know what you think of my signature recipes.  Don't tell anybody, this is between me and you, but I'm already looking forward to the next book.  I even have the title.  More on that down the line somewhere.

Writing my first cookbook was probably one of the most challenging undertakings of my life.  You would not believe the work that's involved: the cooking, photo sessions, writing, editing and then more writing, promotions, and then the book tour.  By no means am I complaining....just saying.  The book release celebration is just a few days away and I'm not sure what to expect.  I can't imagine people standing on line to  purchase a book that I wrote and me signing it.  That's what authors do.  Guess it hasn't hit me yet, but one thing I do know.  It's a destination I've been trying to reach for a long time.

I'm imagining the cocktails will be flowing ,great food will be devoured prepared by some of the best chefs, the show will be running on the big screen and Joe Stone will be entertaining my guest live, while I'm signing.  By the way, the event will be held at The Sheraton Hotel Society Hill in Philadelphia.  So should you be in the area, stop by and pick up a copy.  I'd  love to meet you!

2:43AM to be exact.  The apartment is quiet and I sit alone reflecting on this past years' experiences with The Selby Signature series.  It's been an incredible undertaking, hosting a food show that I've endeavored to pursue since like forever.  Its launch on February 1, 2014 was well received as typical, ordinary folks--and urbanites alike--learned how to prepare a delicious nutritious meal on a budget.  Long hours of shooting, writing and editing have all been unexpectedly challenging.  So no longer am I disillusioned about television production; it's hard as heck!  But the work has its advantages.

In the name of food, culture and entertainment, it's been a plethora of encounters.  From comedians, actors and athletes to news anchors and politicians; the conversations have been enlightening.  I've been fortunate to tour kitchens of luxury cruise liners, interview world renowned chefs, visit 5-star restaurants, taste some of the most remarkable international cuisine, while visiting trendy hot spots including The Bahamas, Atlantis, Haiti, San Francisco, St. Thomas, Miami, Puerto Rico, Los Angeles, Toronto, Canada, Atlanta, New York, St. Martin, Washington, DC, and Oakland, and of course 'Getting the Culinary Pulse of the People!

Yes, and there has been obstacles and disappointments this year, but also some "Jack-in-the-Box" happenstances that have broadened my vision.  I'm thinking of ways to enhance my production, improve my brand and diversify my interests--beginning with this....my first in a series of blogs.  This is also another way for my viewers to follow me.  In my global jogging during 2014, I found the culture, lifestyle and viewpoints of these destinations so intriguing--each with its own distinct feel and taste--that I've decided to change the format of the Selby Signature to a lifestyle/food show in 2015.

So should you see me at an airport, on a train, or a bus station late at night, don't hesitate to say hello.  Let me know how I'm doing and what you're eating.  I need all the encouragement I can get as it is hard for an African American man to get a lifestyle/cooking show on network television.  I'm on a mission!

In Atlanta for this Labor Day Weekend shooting an Eat Well, Do Better Video along with a Selby Signature Show.  I had the privilege of working with two amazing young people--middle and high school age-- who are vegans. That means they do not eat animal products of any kind OR  by-products such as eggs, dairy products, honey, leather, fur, silk and cosmetics, and soaps derived from animal products. On the video they are instructing me on how to make fruit and vegetable smoothies and gluten-free cupcakes.  And they were delicious!

I learned a great deal about eating healthy from those two 'Whipper Snapaz!"  And very importantly I got a chance to sit and chat with the mom of those great kids.  She gave us great advice on how to start our kids eating nutritious meals when they're young.  That's right...don't even get them started eating bad food.  And for those of you who have, make small incremental changes in their snacks and meals and educating them about the benefits of nutritious eating. 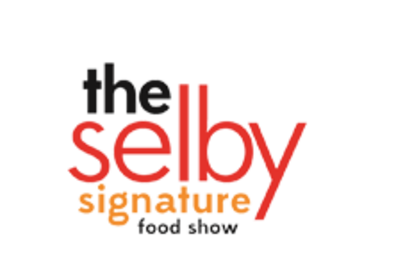 I was awakened early this morning by a phone call from a good friend of mine who informed me that Anthony Bourdain had passed away. I was shocked and so saddened by the news.  Just the night before I had glimpsed at his award winning show, PARTS UNKNOWN.  I was a huge fan and have often been referred to by friends and associates as "The Black Anthony Bourdain."  What a loss in the TV and Culinary world. He will be greatly missed.

The SUMMER FANCY FOOD SHOW  2015 is officially On!  What a spectacular event!  Fancy, gourmet food from every corner of the globe can be found at this trade show.  Innovation in all things food can be experienced with demonstrations by some of the best chefs in the world.  Then there are business courses, competitions, receptions and celebrations across the city.  The Mayor of New York even stopped by to experience the one-a-year-event.  More on this later.  I'll be there for the next two days...and I'm anxiously anticipating every moment.  Hope to see you on the Red Carpet tonight.