For most cooking and baking, regular ingredients are fine. There are a few items worth splurging on however. These include quality baking chocolate, extra virgin olive oil, maple syrup, pure vanilla, prosciutto and cheese. The difference in taste is remarkable.

A COOK’S BEST FRIEND
If you buy only one kitchen tool this month, make it a good knife. Experts recommend knives that weigh at least 7 ounces or more. After that, what matters most is how well it fits your hand. Most cooks find molded plastic handles most comfortable.

IT ALL STARTED IN MY MOTHER'S KITCHEN, PREPPING FOOD AND LICKING SPOONS.

"MY training ground goes way, way, back to my mother's kitchen, with a demanding staff of brothers and sisters that taught me the cooking basics. My love for cooking grew over time as I worked in restaurants, schools, military officer clubs and a world class hotel."
Inspired by cultures across the globe, I have visited several continents including Africa, Europe, North and Central America to build a culinary repertoire inclusive of multicultural cuisine with the added SS--that's the SELBY SIGNATURE! 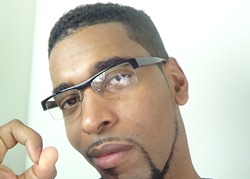 DERWOOD SELBY hosts The Selby Signature, a Comcast Cable's PhillyCAM original cooking series. Traveling throughout American cities and abroad, the Philadelphia native takes the 'culinary pulse' of the people and inspires more healthier eating habits, starting with the promotion of community garden development, particularly for those living in urban contexts.

Inspired by cultures across the globe, Selby has trekked several continents including Africa, Europe, North and Central America, while building a culinary repertoire inclusive of multicultural favorites with the added SS—that's the Selby Signature!

During Selby's ten-year career in videography, he envisioned his own cooking production and pursued a 'hands-on' culinary education. While living in Fort Lee, Virginia, Selby prepared an array of delicious meals for military personnel at the Officer’s Club premiere dining facility. Specializing in bulk cooking, students and faculty at the University of Virginia and Virginia Union University were fortunate to experience a variety of Selby's savory entrees.

Later, Selby’s three-year presence in Puerto Rico began his foray into cooking authentic Latin cuisine, using locally grown ingredients while learning agriculture. And while working in Bagdad, Iraq as a logistics coordinator, Selby’s endeavor to seek culinary prominence grew stronger, thus landing him a position at the Sheraton Hotel in Philadelphia, where he presently works.

In addition to the classic Gazpacho, there’s a host of chilled soups – Sweet Pea with Mint, Cucumber Avocado, Curried Zucchini, and Summer Borscht with Tzatziki to name a few

I HAVE SOME COCONUT THAT’S TURNED DRY AND HARD. SHOULD I TOSS IT?

No. Put it in a strainer over a steaming pot of water for a few minutes to rehydrate it.

HOW MUCH WATER SHOULD I USE TO COOK QUINOA?

This high-protein substitute for pasta and rice comes in white (golden), red or black varieties. Use a ratio of 1 part quinoa to 2 parts water. Great with curry, grilled vegetables or braised meat. 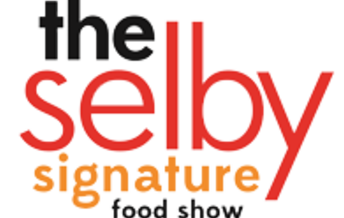 For spring’s quick and easy meals, buy the freshest in-season fruits and vegetables you can find. The artisanal and organic produce available at many farmers markets produce exceptionally flavorful salads, slaws, frittatas and desserts.